AKAM Reads: Looking for something cool to do?
Episode 1

Aibileen is a black maid in 1962 Jackson, Mississippi, who’s always taken orders quietly, but lately she’s unable to hold her bitterness back. Her friend Minny has never held her tongue but now must somehow keep secrets about her employer that leave her speechless. White socialite Skeeter just graduated college. She’s full of ambition, but without a husband, she’s considered a failure.

Together, these seemingly different women join together to write a tell-all book about work as a black maid in the South, that could forever alter their destinies and the life of a small town…

The Perks of Being a Wallflower

Read the cult-favorite coming of age story that takes a sometimes heartbreaking, often hysterical, and always honest look at high school in all its glory. Also a major motion picture starring Logan Lerman and Emma Watson, The Perks of Being a Wallflower is a funny, touching, and haunting modern classic.

The critically acclaimed debut novel from Stephen Chbosky, Perks follows observant “wallflower” Charlie as he charts a course through the strange world between adolescence and adulthood. First dates, family drama, and new friends. Sex, drugs, and The Rocky Horror Picture Show. Devastating loss, young love, and life on the fringes. Caught between trying to live his life and trying to run from it, Charlie must learn to navigate those wild and poignant roller-coaster days known as growing up.

A #1 New York Times best seller for more than a year, an American Library Association Best Book for Young Adults (2000) and Best Book for Reluctant Readers (2000), and with millions of copies in print, this novel for teen readers (or “wallflowers” of more-advanced age) will make you laugh, cry, and perhaps feel nostalgic for those moments when you, too, tiptoed onto the dance floor of life.

Save Me a Seat

Save Me a Seat joins the Scholastic Gold line, which features award-winning and beloved novels. Includes exclusive bonus content!

Joe and Ravi might be from very different places, but they’re both stuck in the same place: SCHOOL.

Joe’s lived in the same town all his life, and was doing just fine until his best friends moved away and left him on his own.

Ravi’s family just moved to America from India, and he’s finding it pretty hard to figure out where he fits in.

Joe and Ravi don’t think they have anything in common — but soon enough they have a common enemy (the biggest bully in their class) and a common mission: to take control of their lives over the course of a single crazy week. 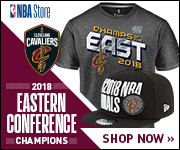 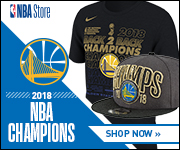 Megan’s coat of arms: blue background of shield represents the Pacific Ocean of California; two golden rays on shield are symbolic of the sunshine of home state; three quills represent communication & the power of words