Tambourines originated in Egypt, where they were known as the tof to the Hebrews, in which the instrument was mainly used in religious contexts.[1] The word tambourine finds its origins in French tambourin, which referred to a long narrow drum used in Provence, the word being a diminutive of tambour “drum,” altered by influence of Arabic tunbur “drum”.[2] from the Middle Persian word tambūr “lute, drum”

The riq (Arabic: رق‎) (also spelled riqq or rik) is a type of tambourine used as a traditional instrument in Arabic music. It is an important instrument in both folk and classical music throughout the Arabic-speaking world. It traditionally has a wooden frame (although in the modern era it may also be made of metal), jingles, and a thin, translucent head made of fish or goat skin (or, more recently, a synthetic material).

It is between 20 and 25 cm in diameter. Descended from the daf, like the tar, the riq acquired its name in the 19th century so that it could be differentiated.

The riq is played in takht ensembles (Egypt, Syria) or chalghi ensembles (Iraq) where it has a particularly clearcut role, going beyond the simple rhythmic requirements of the daf, tar, or mazhar. In Sudan, where it seems to have been introduced recently, the riq is also related to worship, as in upper Egypt.

The frame of the riq can be covered on both the inner and outer sides with inlay such as mother-of-pearl, ivory or decorative wood, like apricot or lemon. It has ten pairs of small cymbals (about 6 cm in diameter), mounted in five pairs of slits. The skin of a fish or young goat is glued on and tightened over the frame, which is about 6 cm deep. In Egypt the riq is usually 20 cm wide; in Iraq it is slightly larger.

Traditionally, frame drums have been used to support the voices of singers, who manipulate them themselves; but the player of the riq, like that of the doira of Uzbekistan, plays without singing. While the daff and the mazhar are held relatively still, at chest or face height, with the player seated, the riq, because of the use of different tone-colours, may be violently shaken above the head, then roughly lowered to the knee, and played vertically as well as horizontally. The player alternates between striking the membrane and shaking the jingles, and his need for freedom of movement necessitates that he stand up. Students of the instrument are required to master the technical problems imposed by the timbre of the membrane and the jingles, both separately and in combination; aside from developing a virtuoso technique they also need to learn the many rhythmic cycles and the techniques of modifying them through creative invention.

John William Coltrane (September 23, 1926 – July 17, 1967)[1] was an American jazz saxophonist and composer, also known as “Trane”. Working in the bebop and hard bop idioms early in his career, Coltrane helped pioneer the use of modes and was later at the forefront of free jazz. He led at least fifty recording sessions, and appeared on many albums by other musicians, including trumpeter Miles Davis and pianist Thelonious Monk.

Over the course of his career, Coltrane’s music took on an increasingly spiritual dimension. Coltrane remains one of the most influential saxophonists in music history. He received many posthumous awards and recognitions, including canonization by the African Orthodox Church and a special Pulitzer Prize in 2007.

Aretha Louise Franklin (March 25, 1942 – August 16, 2018) was an American singer and pianist. She began her career as a child singing gospel at New Bethel Baptist Churchin Detroit, Michigan, where her father, C. L. Franklin, was minister. In 1960, at the age of 18, she embarked on a secular career, recording for Columbia Records but achieving only modest success. After signing to Atlantic Records in 1967, Franklin achieved commercial acclaim and success with songs such as “Respect“, “Chain of Fools“, “Think“, “(You Make Me Feel Like) A Natural Woman“, “Don’t Play That Song (You Lied)“, and “Spanish Harlem“.

By the end of the 1960s she was being called“The Queen of Soul“. Franklin recorded acclaimed albums such as I Never Loved a Man the Way I Love You (1967), Lady Soul(1968), Young, Gifted and Black (1972) and Amazing Grace (1972), before experiencing problems with her record company by the mid-1970s. After her father was shot in 1979, she left Atlantic and signed with Arista Records, finding success with the albums Jump to It (1982) and Who’s Zoomin’ Who?(1985), and her part in the 1980 film The Blues Brothers. In 1998, Franklin received international acclaim for singing the opera aria “Nessun dorma” at the Grammy Awards that year, replacing Luciano Pavarotti. Later that year, she scored her final Top 40 song with “A Rose Is Still a Rose“.

Franklin recorded 112 charted singles on Billboard, including 77 Hot 100 entries, 17 top-ten pop singles, 100 R&B entries and 20 number-one R&B singles, becoming the most charted female artist in the chart’s history. Franklin’s other well-known hits include “Rock Steady“, “Jump to It“, “Freeway of Love“, “Who’s Zoomin’ Who“, “Until You Come Back to Me (That’s What I’m Gonna Do)“, “Something He Can Feel“, “I Knew You Were Waiting (For Me)” (with George Michael), and a remake of The Rolling Stones song “Jumpin’ Jack Flash“. She won 18 Grammy Awards, including the first eight awards given for Best Female R&B Vocal Performance from 1968 through to 1975, and is one of the bestselling musical artists of all time, having sold more than 75 million records worldwide.[1]

Franklin received numerous honors throughout her career, including a 1987 induction into the Rock and Roll Hall of Fame, becoming the first female performer to be inducted. She was inducted to the UK Music Hall of Fame in 2005. In August 2012, she was inducted into the GMA Gospel Music Hall of Fame.[2] Franklin is listed in at least two all-time lists on Rolling Stone magazine, including the 100 Greatest Artists of All Time, and the 100 Greatest Singers of All Time. 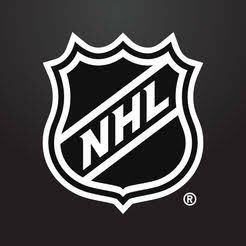