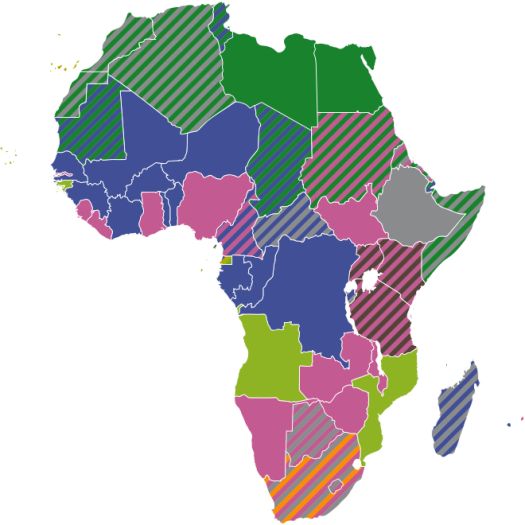 Throughout the long multilingual history of the African continent, African languages have been subject to phenomena like language contact, language expansion, language shift and language death. A case in point is the Bantu expansion, in which Bantu-speaking peoples expanded over most of Sub-Equatorial Africa, displacing Khoi-San speaking peoples from much of Southeast Africa and Southern Africa and other peoples from Central Africa. Another example is the Arab expansion in the 7th century, which led to the extension of Arabic from its homeland in Asia, into much of North Africa and the Horn of Africa.

After gaining independence, many African countries, in the search for national unity, selected one language, generally the former colonial language, to be used in government and education. However, in recent years, African countries have become increasingly supportive of maintaining linguistic diversity. Language policies that are being developed nowadays are mostly aimed at multilingualism.