THE STAFF OF A KLASS ACT MEDIA, WISHES A HAPPY BIRTHDAY TO THE FAMU BAND DIRECTOR TODAY.

Big shout out and a Happy Birthday to our outstanding Director of Marching and Pep Bands, Dr. Shelby Chipman @hubbadoc.  Dr. Chipman has been an outstanding leader and visionary for the Marching 100.  He continues to not only uphold our legacy at FAMU but builds on the legacy of the great Dr. Foster.  Dr. Chipman your dedication to service and love for this program is greatly appreciated.

“You can’t just show up to the party, you gotta help plan it.” – Dr. Chipman 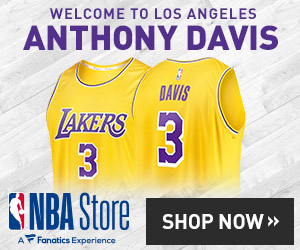 BUY THE FILM AND BOOK NOW!

With a special intro from Phoenix Suns big man Deandre Ayton, Rachel Nichols and Tracy McGrady play “Make or Miss,” talking about Bill Russell receiving the 2019 Arthur Ashe Courage Award at the ESPYS, Toronto Raptors wing Danny Green getting drilled in the face with an errant Pascal Siakam pass, and Adrian Wojnarowski reporting that Mike D’Antoni and the Houston Rockets have broken off extension talks. They then (2:05) head to “Crunch Time,” addressing Andre Iguodala’s comments that playing for the Golden State Warriors is like playing for Team USA, and whether Drake will behave during Game 1 of the 2019 NBA Finals. McGrady then reacts to Drake’s Dell Curry jersey, and they (3:32) welcome in Raptors superfan Nav Bhatia.

Golden State Warriors forward Draymond Green explains why Pascal Siakam was such a problem for the team in their Game 1 loss vs. the Toronto Raptors in the NBA Finals and adds that he needs to do a better job defending Siakam. Draymond adds that the Warriors as a team need to do a better job defending everyone not just Kawhi Leonard. Draymond is positive following the loss and is confident the Warriors will play better the rest of the series. Draymond says he and Drake did bark at each other a little bit, but would not label it as a scuffle.

SPIDER-MAN
Took home 58 wins and 42 nominations, to include the Academy Award.
Watch NOW:

Teen Miles Morales becomes Spider-Man of his reality, crossing his path with five counterparts from other dimensions to stop a threat for all realities.
Throwback of the Day: Another Bad Creation-Spydermann